Cockroaches have overrun the City of Light! 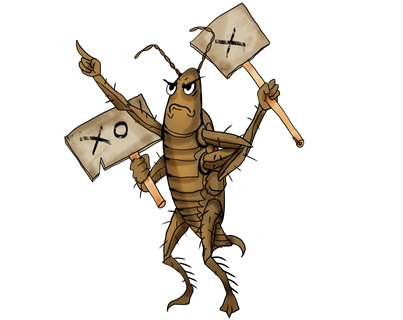 A serious threat has emerged to the balanced-until-now workforce of the City of Light, as immigrant cockroaches now take up work for the fraction of a rat’s normal wage. The problem is not unknown for the Ombudsrat Union, but the government has not yet addressed the problem. A few years ago the widely hiring of snail workers threatened with the same situation, but that threat has been proven baseless when investors found out the actual time schedule proposed by the snails. The situation is more severe now, as cockroaches have no problems with speed–the only setback could be their morale.